Who is Inigo Jones? 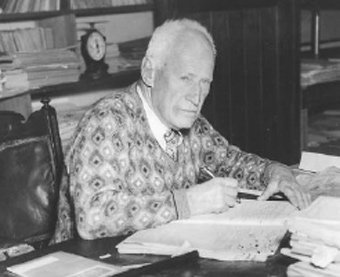 Inigo Owen Jones (1872-1954), meteorologist, was born on 1 December 1872 at Croydon, Surrey, England, son of Owen Jones, civil engineer, and his wife Emilie Susanne, née Bernoulli, of a famous scientific family. Emilie’s mother Dorothy Inigo-Jones was descended from the architect Inigo Jones (1573-1652). A family likeness between the two Inigos has been claimed. 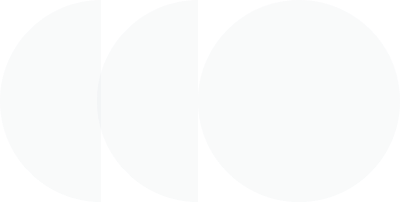 In 1874 his parents migrated to Queensland where his father designed roads and railways. When 11 Inigo obtained a scholarship to the Brisbane Grammar School. Interested in astronomy and meteorology, he had an observatory at his parents’ Kangaroo Point home and was a student member of the Royal Society of Queensland. In 1888 the colonial meteorologist Clement Wragge persuaded Jones to serve a cadetship in his office rather than attend the University of Sydney. When Wragge became interested in Edouard Bruckner’s investigation of the changing levels of the Caspian Sea, comparing Bruckner’s 35-year rainfall cycle with the 11-year sunspot cycle, Jones began to develop a special interest in long-range forecasting on the basis of sunspots.

In 1892 his parents bought a farm about sixty miles (97 km) north of Brisbane and named it Crohamhurst after a property near Inigo’s birthplace. Inigo joined them there and on 2 February 1893 recorded an Australian record for one day’s rainfall of 37.714 inches (958 mm). For the next thirty years he lived in relative obscurity, helping his father with pioneering work on the farm and continuing meteorological research as a hobby stimulated by first-hand experience of the farmer’s dependence on weather forecasts.

In 1923 Jones successfully predicted the end of a dry spell and the resulting press publicity created demands for his forecasts. Urged on by scientific and other friends, he became a full-time forecaster — lecturing, writing and seeking sponsorship in 1927-34 from his home in suburban Dutton Park. The Queensland government appointed him director of the Bureau of Seasonal Forecasting of the Council of Agriculture, and with contributions from governments and industry, the Inigo Jones Seasonal Weather Forecasting Trust was formed in October 1928. From 1929 he wrote forecasts for many Australian newspapers.

The observatory building at Crohamhurst, financed by the trust and the Colonial Sugar Refining Co., was opened on 13 August 1935 by Governor Sir Leslie Wilson, a friend and supporter; the Queensland government helped with operating expenses and declared the site of the observatory a reserve for scientific purposes. Jones henceforth divided his time between work on the farm and work in the observatory. In 1942 Sydney grazing interests provided further support through the Long Range Weather Forecasting Trust.

A fellow of the Royal Astronomical and the Royal Meteorological societies, London, and a member of the Société Astronomique de France and the American Meteorological Society, Jones had a fertile imagination, read widely and corresponded with reputable scientists in many countries. He had a scientist’s commitment to demonstrable truth and an aversion to astronomy, ‘that master of delusion’. Although, in the light of modern knowledge, his faith in sunspot activity as a predictive tool was well founded, his evidence was largely anecdotal and he did not prove his hypothesis. The Commonwealth Bureau of Meteorology reported adversely on his methods in both 1939 and 1953. He nevertheless dreamed of seasonal forecasting and tried to forecast sunspot activity several years ahead. Testing the hypothesis that the magnetic fields of the planets, especially Jupiter, influenced sunspot activity, he sought connexions between planetary positions and the weather since the first century and was unfairly branded by opponents as an astrologer. His hypothesis is now disproved, but in the 1930s Jones was ahead of his time in recognizing the importance of magnetic fields in space.

A member of the Anglican Diocesan Synod, Jones was also, while living in Brisbane, president of the Queensland Astronomical Society and of the (Royal) Historical Society of Queensland and vice-president of the Town Planning Association. An accomplished artist and musician, he was a vice-president also of the Queensland Authors’ and Artists’ Association. On 11 January 1905 at Crohamhurst he married Marion Emma Comrie; they had three surviving daughters. Jones died at Crohamhurst on 14 November 1954 and was buried in the nearby Peachester cemetery. His meteorological work was continued by David Burton.

Who is David Burton? 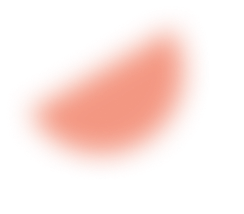 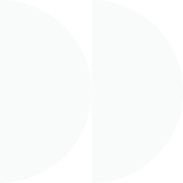 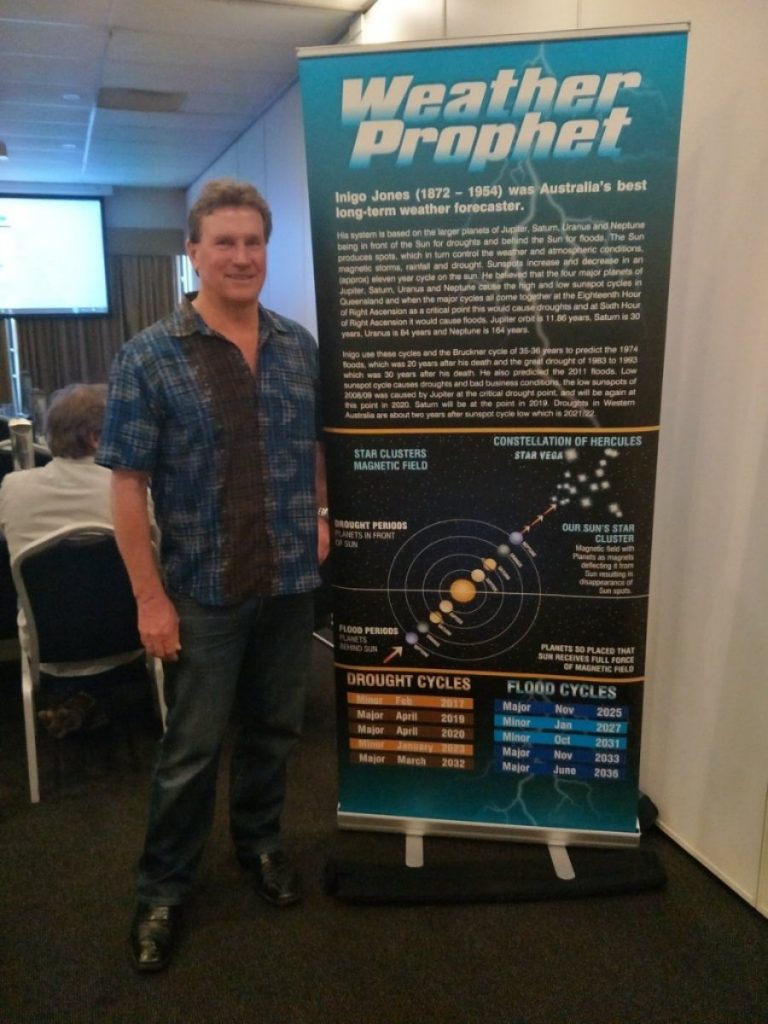 He first became interested in human behaviour when gold prices were in the headlines in the early 1970s, when it was widely reported that gold prices were set to continue to rise. Shortly thereafter however, gold fell to $100 an ounce. David noticed that there were other markets that followed the very same pattern and was intrigued.

David left New Zealand in 1978 to travel the world, but only got as far as Australia. One of his first jobs was to work at his trade in the mines as a mechanical fitter in Western Australia.

After a couple of years in WA, he moved to Queensland and left his field of engineering for a future in marketing. Having only passed three subjects in school, it was these very subjects that became the most important in his life. Those subjects were Engineering, Mathematics, and Technical Drawing. He was amazed later on in life that Mathematics and Technical Drawing are the only subjects he uses in his field today. In 1983 he became a commodity broker and came across the methods of W.D.Gann who studied planetary cycles, sunspots cycles and ancient geometry to predict stocks, commodities and weather.

David has written 80 articles for “Your Trading Edge” and “Traders World”, using the methods of W.D.Gann and Inigo Jones.

Who is WD Gann?

At 13, Gann travelled the trains selling cigars and newspapers. In doing so, he overheard many conversations on investing—he listened.

Gann wondered if it were indeed possible to predict the future. Many conversations he had overheard seemed to revolve around predicting the prices that their cotton would bring. Was it possible?

Gann moved to New York in 1903 at the age of 25 and began working at a major Wall Street Brokerage house. During the First World War, he and his family moved from Manhattan to Brooklyn. Gann reportedly predicted the November 9, 1918 abdication of the Kaiser and the end of the war.

W.D. Gann began by studying the basic principles of price patterns and philosophy on how to accumulate wealth, and keep it. After becoming successful, he wanted to know why and how markets, and numbers repeated under certain time cycles. This led to further studies of ancient geometry and astrology.This research led to Gann accumulating over 50 million dollars up until his death on the 18th June 1955.

WD Gann became the only Financial Astronomer of his time. A quote in the Journal of Commerce on the 15th January 1921 states, “His calculations are based on the Science of letters, Numbers and Astrology”. It has been said that Gann used planes to inspect crops, however this is highly unlikely as he knew in advance what the market was doing. This is proven in “Tunnel thru the air” where he forecast the exact top and price of cotton on 8th September 1927 at 24.40 (page 196), also on page 208 of “How to make profits in Commodities” for the exact time and price. He also forecast that the stock exchange would close due to panic selling on 3rd October 1931, the low was on 5th October and the market rallied from 85.51 to a high of 119.15 on 9th November 1931 as predicted in “Tunnel thru the air” on page 321 to 323. The book was published on 9th May 1927. It was possible that the planes were a tax deduction and he flew the money he made to a South American bank account.

Since his death, W.D. Gann has become something of a legend in financial circles. His capacity to make big financial gains (both on the market, the Cuban lottery and horse racing) gave him a reputation for uncanny foreknowledge of market trends. The rumour circulates even now that he would enter his numbers at the Cuban lottery on one date and fly to Cuba on the day of the selection in his private plane flown by his young female pilot to pick up his winnings without waiting for prior notification. He is said to have predicted WW1 in 1914 and the resulting panic in stocks. In March of 1918 he predicted the end of the war and the Kaiser’s abdication. He predicted improvements in business in 1921 and in November 1928 he forecasted the end of the Bull Market in stocks for September 3, 1929. He was often dead right in the 20’s and 30’s regarding the price variations in cotton and wheat. In 1935, of 98 trades in cotton, grain and rubber, 83 trades showed a profit. His percentage of profitable trades was often 90% and higher. Stories of this sort have led speculators and traders to ask just how it was that he achieved his stunning successes.

Gann was the author of numerous books on trading in which he hinted at his secret, yet upon close study of his works, the real secret eludes us. Instead, Gann himself suggests a mystical source for his methods. In one of his books. “The Magic Word,” Gann promises “health, happiness and prosperity through the magic word, Jehovah”. He treats the reader to a baffling pilgrimage through the most mystical parts of the Bible, often repeating himself and frequently asserting that, in some way (which he never makes explicit), Jehovah (which he calls “the Lost Word”) is the key to the good things in life.

Numerous hints in Gann’s writings alert the astute reader to his Masonic membership. The allusion to Jehovah as the Lost Word in the work cited above, for instance, is recognisable to Royal Arch Masons. W.D. Gann was a member of Commonwealth-Stella Lodge No. 409, Free & Accepted Masons, New York City. Yet his Masonic career is not the key to his successes on Wall Street. He was made a Mason on December 15, 1922 and “raised” a Master Mason on March 27, 1923. He “demitted”, ie. Dropped his Masonic affiliation in 1939. Gann himself was reported as saying that his “biggest discovery” was made in New York City in 1908. Whatever his secret, he discovered it long before he was a Mason.